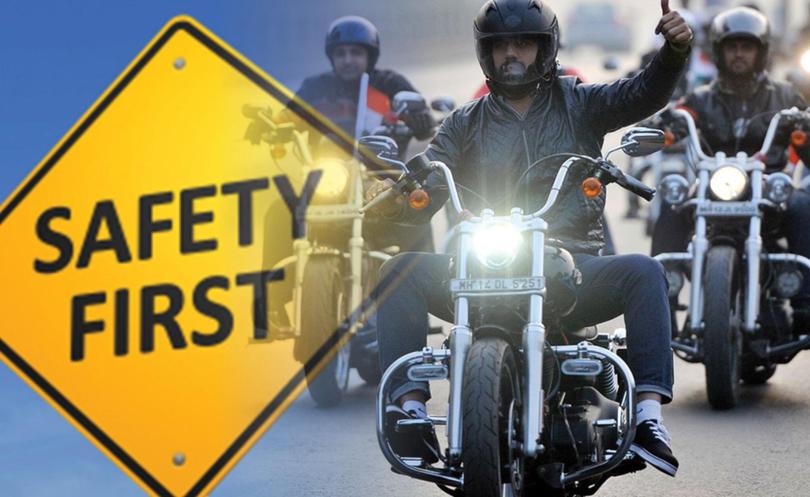 Riding a motorcycle is dangerous. Luckily, bikes also give you the best possible tools to avoid crashing — incredibly powerful brakes, obstruction-free vision, excellent handling and very grippy tires. Here’s how to use those tools, and your very own brain, to avoid one of these common motorcycle accidents.

Motorcycle Safety: Want to reduce your odds of dying in a crash? Get educated. New riders should complete a basic rider course.

5: A Car Hits You From Behind - You come to a halt a stop sign/cross walk/intersection/to avoid a family of baby ducks when, the driver behind you doesn’t see you or isn’t trying to and plows into you at high speed. The most common car accident is a “fender bender.” A fender bender can kill a motorcyclist.

How To Avoid It: Use cars as your very own crumple zone. A single car stopped at a multi-lane stoplight, with more cars coming from behind? Pull in front of it (wave nicely) and you’re cushioned from any subsequent impacts. Between a line of cars works just as well.

No free crumple zones available? Stop to the side rather than the center of a lane, rapidly flash your brake light by tapping a brake lever, keep the bike in gear and your right hand on the throttle. Pay attention to what’s coming up behind you and be prepared to scoot away should it appear someone’s about to come plowing into you.

Be particularly aware in situations where there’s bad visibility, at times when drunk driving is prevalent (do all the bars around you let out at 1am?) and when stops are unexpected, such as at pedestrian cross-walks on very busy streets and stuff like those cute baby ducks crossing the road.

6: Your Riding Buddies Are Idiots - You’ve seen it happen. A group is out for a ride when one of them stops suddenly or something similar. His buddy is too busy daydreaming to realize and hits him from behind. This has happened to us; it can happen to anyone.

How To Avoid It: Make sure everyone is aware of proper group riding etiquette and knows to ride in a staggered formation. You’d be amazed how many people are unaware of this simple technique. Doing so increases vision and moves bikes out of line with each other, meaning a temporary lapse in attention wont’ result in a collision. Pick smarter riding buddies or do what I do: ride alone.

7: You Locked The Front Brake - Oh no, a deer/cute girl/cop/stopped traffic. You grab a fistful of front brake and, next thing you know, you’re lying on the ground, watching your bike cartwheel down the street.

How To Avoid It: Learn to use your front brake. It might seem counterintuitive, but that front brake is the most powerful and difficult-to-master component on your motorcycle; it can alter your speed much more quickly than your engine. If you’re just learning to ride, have simply never mastered this skill or bought a new bike and need to learn it, find a big, empty parking lot and start practicing. From a set speed (say, 30 mph), start braking at a certain mark, then repeat ad infinitum until you’ve reduced your braking distance as much as possible. You should be able to feel the tire on the very edge of locking up and the rear wheel lifting off the ground. Then go and practice at higher and higher speeds until you can employ the maximum braking ability of your motorcycle reliably and safely.

8: A Car Opened Its Door - The biggest gap in traffic was between a line of parked cars and a stationary line of active traffic. So you go scooting through it when, all of a sudden, Nathan-no-look swings his door wide open right in front of you.

How To Avoid It: Never, ever, ever, ever ride between an active traffic lane and parked cars. Not just because of the opening doors thing, but because pedestrians step out, cars pull out so they can see, and for a million other reasons. Just don’t do it. If you do, somehow, find yourself in a door opening situation though, follow all the advice above and brake as hard as possible. Even if a collision is inevitable, shedding even a small fraction of your speed can really help.

Cyclists call the area next to parked cars, within a door's width “The Death Zone” for a reason.

9: It’s Slippery! - Stuff is coming out of the sky! That stuff is cold, wet and, surprise surprise, slippery. Listen to Douglas Adams and don’t panic.

How To Avoid It: Does your bike have decent tires on it or were you silly and decided that running track rubber on the road was a good idea? Hint: it’s not. So long as you’re running reasonable tires and those tires aren’t worn out, you’ll be surprised at how well a motorcycle does in wet or even snowy conditions. Just slow down and be as smooth as possible on the controls.

In the wet, stuff like manhole covers become super, extra slippery and you’ll need to watch out for oil and diesel on the road as well. Look for patches of rainbow and avoid those. If it hasn’t rained for a while, the first hour or so of rainfall is the most treacherous; it lifts all the oils and whatnot out of the pavement, floating it on top. Treat yourself to a hot cup of coffee and wait for a solid downpour to wash all that junk away.

10: The Most Common Bike Accident

According to the 1981 Hurt Report — the largest study ever conducted on motorcycle accident causation — alcohol is a factor in 50 percent of all bike wrecks.

How To Avoid It: Don’t drink and ride.

By
Elaine B. Ducote
Safety Officer 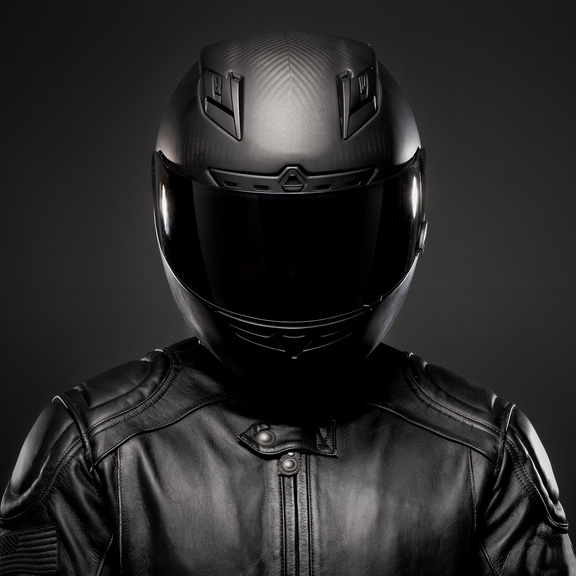